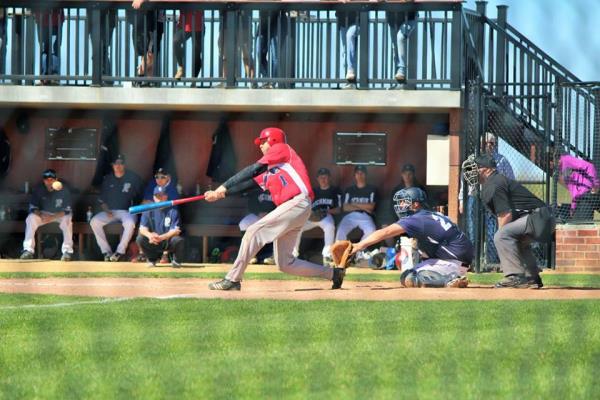 The Flames punched out six hits in a five-run fifth inning, with all five runs scoring after two were out.  Aaron Einyck and Aaron Nett led off with singles.  After a flyout, Chris Wehseler singled to load the bases.  After another flyout, Taylor Fourre delivered a two run single to centerfield, followed by another two-run single by Dylan Panek.  The final run scored on an error.

Richmond scored a run in the top of the ninth, and had the bases loaded with one out.  But Brent Mergen induced a popout to third and a flyout to right to secure the victory.

The win improves Farming’s record in the SCL to 1-1, and 2-1 overall.  This Friday, Farming will host Holdingford in an exhibition game at 6:15pm, before traveling to St. Martin for a Mother’s Day tilt on Sunday at 1:30pm.