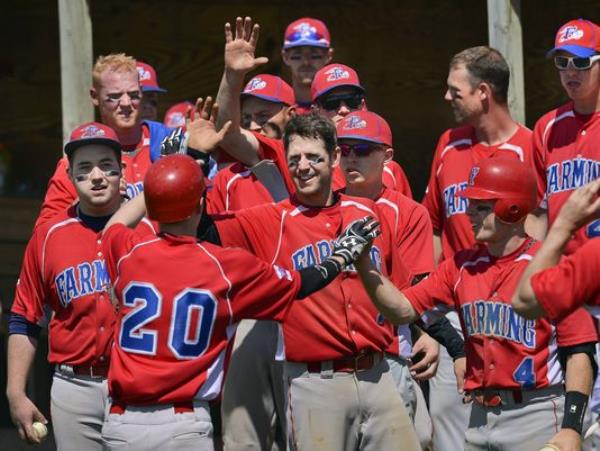 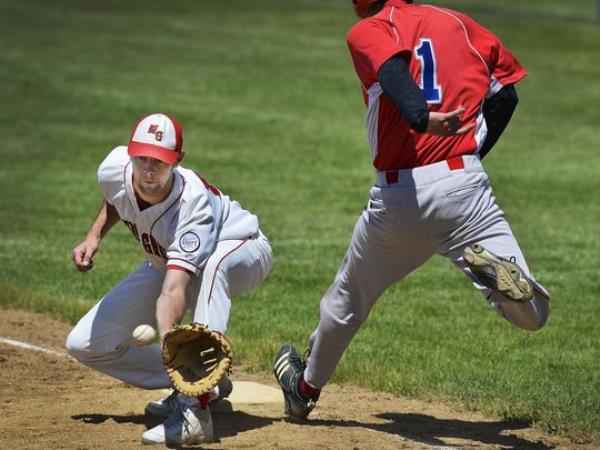 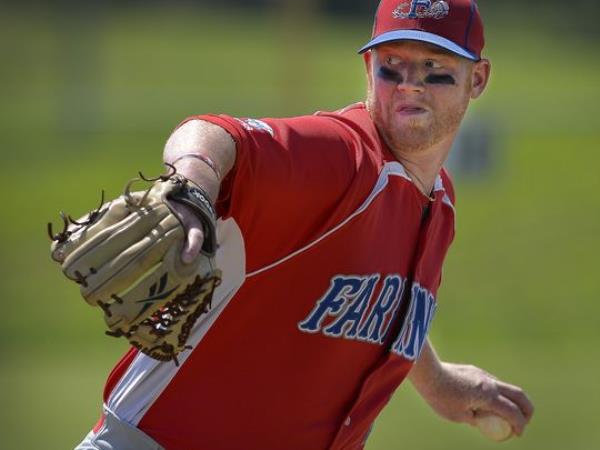 Mitchell Thelen's two-run double in the fifth helped vault the Flames to a 6-4 win over the Grovers on Sunday afternoon, at Meire Grove.

Nick Mergen added two RBi's, while Craig Klein had Farming's other RBI.  The Flames scored a run as a result of a Meire Grove error.

Aaron Einyck went 2-for-4 and scored two runs, while Brad Mergen and Craig Klein each had two hits for Farming. Zach Koltes and Cody Fourre had a hit apiece as the Flames belted out 11 hits.

Brad Mergen started and got the win for Farming, going six innings, scattering seven hits, and recording eight strikeouts.  Kyle Zierden pitched the final three innings, and earned the save.  The Flames withstood a furious ninth-inning rally the Grovers, but Kyle got the crucial outs when he needed them.

Brad is now 5-1 for the season, and also leads the team with a .471 batting average.  Nick Mergen is hitting at a .444 clip, while Chris Wehseler (.367) and Craig Klein (.345) are hitting the ball well while providing some veteran leadership.

Next Saturday, the Flames participate in the SCL vs. CVL (Central Valley League) Challenge as they face St. Augusta at 4:30pm, at Watkins.  Watkins hosted the State Tournament in 2015 and their ballpark is one of the nicer ones in the area.  It should prove to be an entertaining ballgame against the always tough Gussies.