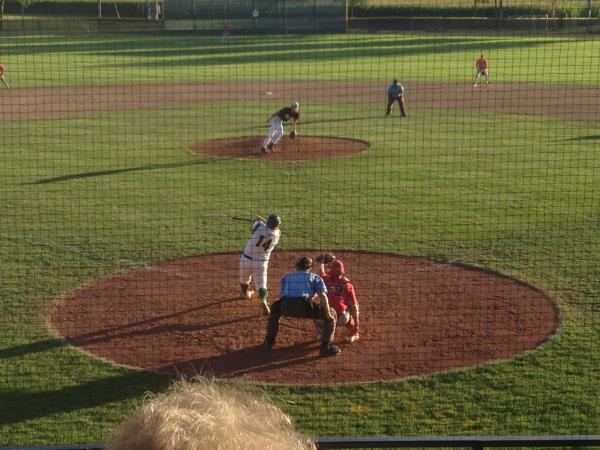 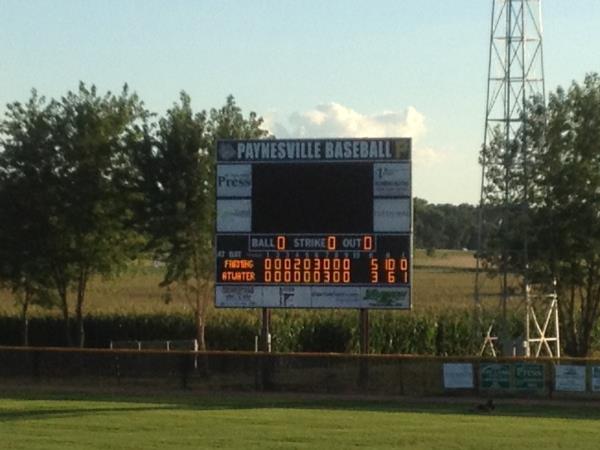 The Flames kept their season alive with a dramatic 5-3 win over the Atwater Chuckers in the Region 15C tournament.

Farming put two runs on the board in the fourth inning.  With one out, Chris Wehseler hit a solo home run, a towering shot to left, to give the Flames a 1-0 lead.  Farming got a second run when Taylor Fourre singled, advanced to second on a passed ball, and scored on a single by Max Carlson.

The Flames increased their lead to 5-0 by scoring three runs in the sixth.  Craig Klein singled, and Josh Linn was inserted as a pinch runner.  Chris Wehseler walked, and Aaron Nett's single loaded the bases with nobody out.  Taylor Fourre's groundout to third scored the first run of the inning, and moved runners up to second and third.  After a strikeout, John Klein's sharp grounder to short was booted, scoring a second run and putting runners on first and third.  Mitchell Thelen's single brough home pinch runner Eric Schmitt.

Kyle Zierden pitched the first 6 1/3 innings, giving up just two runs on four hits.  Jordan Roos, draftee from Roscoe, relieved in the seventh.  After a shaky inning in which Atwater scored three runs without a hit, Jordan really settled in and earned the save.

Next up for the Flames is a Saturday matchup again New London-Spicer.  If we win, we qualify for the state tournament; if we lose, we are done for the season.  Come on out to Paynesville on Saturday and help to extend this great season.  Game time is 11:00am.