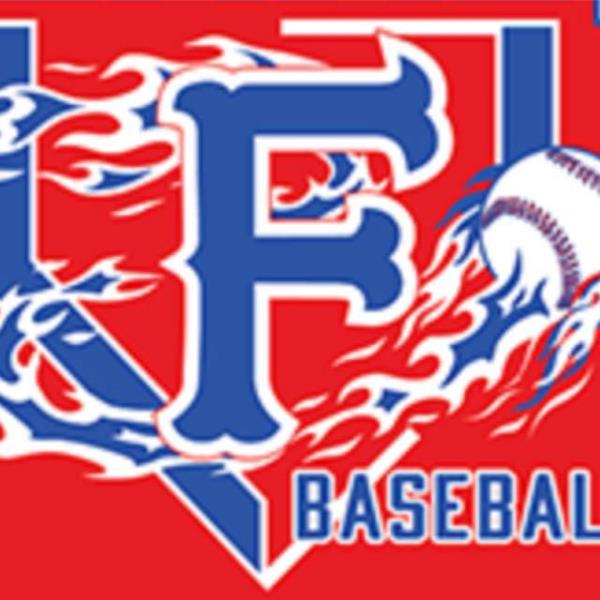 Farming kept things close for awhile, but a big fifth inning gave Lake Henry a 12-2 win over the Flames on Saturday night at Farming.

The Flames scored their only two runs in the fourth, as they took a 2-1 lead.  Code Fourre led off with a sharp double down the left field line.  After a strikeout, Dylan Panek grounded out to the pitcher, moving Cody to third.  Kyle Zierden walked, then stole second base.  Eric Schmitt delivered a clutch, two-out single scoring both Cody and Kyle.

In the fifth, a combination of walks, an error, and some timely hits allowed the Lakers to put up a 10-spot.  Lake Henry scored one additional run in the 8th to complete the victory.

For the Flames, Kyle Zierden started and went the first four innings, pitching very effectively before experiencing some wildness in the fifth.  He was relieved by Brad Mergen who finished out the game for Farming.

Next up for the Flames are two road games next weekend.  On Saturday, the Flames travel to Richmond and on Sunday, we go to Spring Hill.  Both games are at 1:30pm.