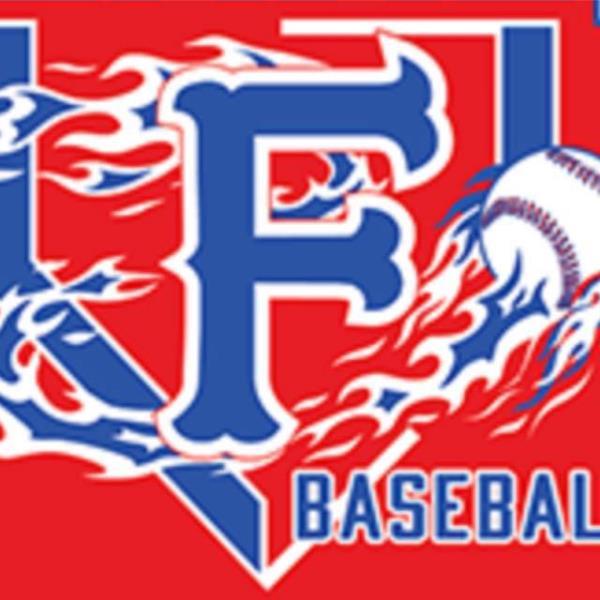 Farming had an early lead but could not hold on as the Lakers roared back for a wild 10-7 victory on Friday night in Farming.  Both teams have already qualified for the state tournament.

The Flames put up four runs in a big third inning.  Austin Aceneau reached on an error and Taylor Fourre was hit by a pitch.  Isaac Nett reached on an infield single and Austin scored when the throw from third got back the first baseman.  Ethan Navratol’s groundout scored Taylor and Cody Fourre followed with a single, scoring Issac. After Tylor Schroeder reached on yet another Lakers error, Brad Mergen’s single scored Cody for the fourth run of the inning.  Farming could have had more as they left the bases loaded.

The Flames put up two more in the fourth.  Brad led off with a walk and was thrown out at third when Nick Mergen singled.  Nick alertly went to second on the play. Aaron Enyick’s single put runners at 1st and 3rd, and Nick scored on Austin Arceneau’s groundout.  Taylor Fourre single put runners on 1st and 3rd again, and Austin scored on a wild pitch.

It was a night of miscues as the two teams combined for an uncharacteristic 11 errors.  Brad Mergen pitched the first five innings for Farming and Tylor Schroeder went the last three.

Next up for the Flames is a game at 11:00am on Sunday, August 11.  A win would propel Farming into the Region 15C Championship game against the same Lake Henry squad, at approximately 1:30pm.  All remaining games will be played at Richmond.